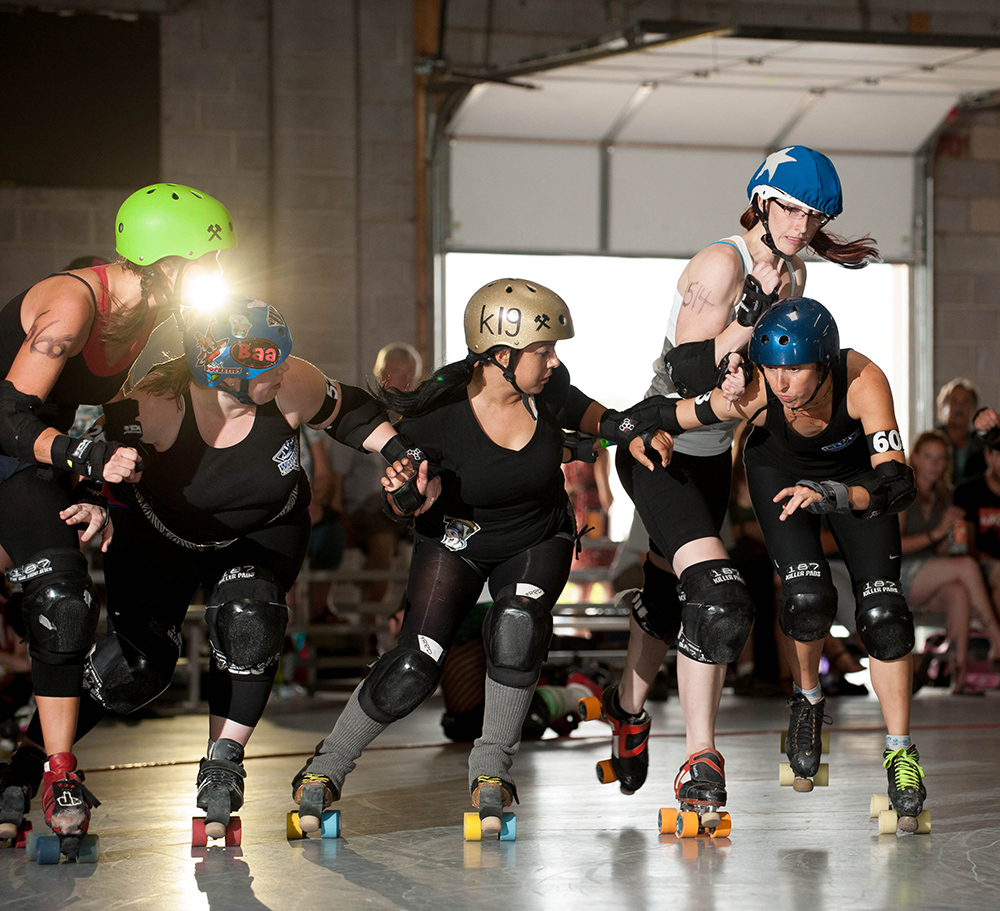 Have you ever been curious about the rules of roller derby or maybe you’re new to derby?

Well, stick around because in this article I will be writing about Roller Derby Rules for Dummies (not that you’re a dummy).

Not that interested in Roller Derby Rules for Dummies?

Well check out my other content on roller derby:

Roller derby is a super fun sport but you need to learn the basics first before you decide to watch the game or even be apart of it.

Both teams consist of fourteen players, four are blockers which help to play offense and defense they can also be a jammer, and of the four blockers, one is a pivot which is the leader of the pack and helps to make sure the other team’s jammer doesn’t past their team.

This game is also a full-contact sport so keep that in mind. Most teams skate on quad skates but there are some insists where people on inlines or blades can play.

As I’ve previously stated the team is made up of fourteen teammates but typically only five are on the track at a time.

This game has one jammer and four blockers to help the jammer lap the other team. Also one of the blockers is the pivot as stated previously.

This game matches usually lasts thirty minutes and there are two jam periods and the jams within these games lasts two minutes each.

The game is played on a round track these tracks can be flat or banked (raised) these basic rules apply to both types of tracks so don’t worry.

The start of each jam starts the same the blockers from each team skate in one pack around the track.

After the pack passes the starting line and the last member is at least thirty feet from it the jammers skate after the whistle is blown.

Each jammer from each team must skate as fast as they can so they can get through the pack after they do that they are ready to score a point.

The jammers can then lap the other team’s pack to gain a point for their team.

Blockers can physically block the other team’s jammer so they don’t lap their pack.

The blockers may not do any of the penalties below:

At the end of each of the two games, the team with the highest points is the winner if the two teams are tied they will have to go into overtime to break that tie.

Flat track rules are pretty much the same as the rules above except the game is played a little differently according to the WFTDA, which helps run most roller derby teams in the world pretty cool right.

Instead of playing in two minutes, they play in thirty seconds intervals.

Below are the body parts that you may not use while playing roller derby, this rule was made by the WFTDA:

Skaters may also not make contact with the other skaters:

Each penalty that a skater makes earns them thirty seconds in the penalty box of each jam.

The same thing has flat track just played differently, banked tracks are slightly off the ground and typically have a space in the middle that skaters go to sit before the game or where they go to sit for a penalty.

Here are some more rules that can cause a skater to get a penalty:

Well, how did you like my article on Roller Derby Rules for Dummies? Did you learn anything new?

I sure hope you did, if you have any questions please leave them down below and I will be sure to get back to you soon.